Wealth and Power ends with a different perspective, that of Nobel Peace Prize winner and dissident Liu Xiaobo. Unlike the other Chinese icons profiled here, Liu rejects outright China's lengthy quest for wealth and power.

Liu Xiaobo was born in the Manchurian city of Changchun in 1955. During the Cultural Revolution, Liu was swept up in Mao’s youth reeducation campaigns and sent to live in the countryside.

When the Cultural Revolution ended after Mao’s death, Liu entered college where he studied literature. After earning a BA in his home province, Liu earned a PhD from Beijing Normal University in 1988, where he signed on as a lecturer.

Liu built a reputation as a harsh and abrasive critic of both the government and fellow intellectuals.

Tagged as: Biography    |    Tweet This   |     Like This
It is perhaps fitting to conclude the story of China's quest for a formula to restore wealth, power, and national greatness and respect with a figure who questions the entire party-sponsored modern Chinese narrative of traveling the "road to rejuvenation."
Page 353

Unlike Fang Lizhi, Liu played an important and active role in the Tiananmen demonstrations, cutting short a fellowship at Columbia University to be in Beijing. Liu acted as an advisor to students protesters and staged a hunger strike of his own in early June alongside musician Hou Dejian, journalist Gao Xin, and researcher Zhou Duo.

1) We have no enemy! Don’t let hatred and violence poison our wisdom and the process of democratization!
2) We all need to examine ourselves. China’s backwardness is everyone’s responsibility!
3) We are first and foremost citizens.
4) We are not looking for death, but are seeking a true life!

Liu’s role in Tiananmen, from the Nobel Peace Center:

Liu was arrested on June 6 and spent 20 months in prison, released in January 1991.

He was deeply moved by the events at Tiananmen, and the protests remain one of the primary subjects of his work.

Liu’s book of poetry, June Fourth Elegies, reflects on the events in the square.

In Liu’s words, he was “haunted by the grave responsibility of being still alive.”

Liu embodies Chen Duxiu’s words: “There are only two sources of civilization: one is the research institute and the other is the prison.”

In and out of prison over the next decade, Liu used every brief moment of freedom to publish aggressive attacks against government repression, writing often about Tiananmen, democracy and rule of law.

But over time, prison changed Liu. As he became more reserved, his writing took on a more serene quality, calling for self-sacrifice and forgiveness.

1999  China Booms While Liu is Behind Bars

Liu emerged from prison in 1999 to find a changed China, thanks to the work of Zhu Rongji. But Liu rejected the entire “miracle,” seeing the new China as a “robber baron’s paradise.”

Liu took particular exception to this “sales pitch that combines tall tales about the ancients with insights that are about as sophisticated as the lyrics of pop songs.”

After losing the bid for the 2000 Games by just two votes, China won the right to host the 2008 Olympic Games in a landslide. Joyful crowds flocked into Tiananmen Square, and the government celebrated a new symbol of China’s arrival on the global scene.

Liu was not impressed with how the Chinese press or the Chinese people comported themselves during the Games, expressing disdain for what he perceived as a burst of misguided nationalism.

Tagged as: video    |    Tweet This   |     Like This
Such an "obsession" with the medal count, he wrote, was devoid of "any traces of the 'Olympic spirit' or human values." It was just another primitive way for the government "to channel popular nationalism into support of its dictatorship."
page 372

While the growth of the internet in China did not bring with it sweeping political reforms as some in the West might have hoped, for Liu it was transformative. 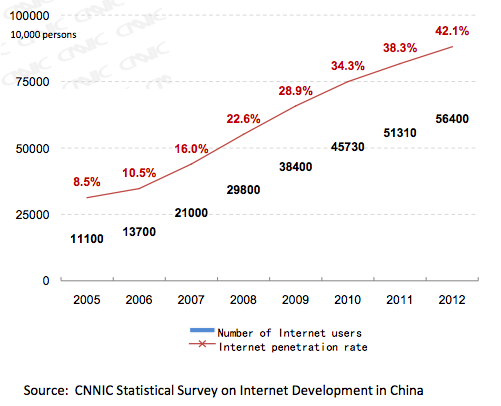 Given a window to reach 500 million readers, Liu could live off his writing for the first time, and Liu found the internet offered a powerful new organizing tool.

In response to what he saw at the Olympic Games, Liu put the organizing powers of the internet to use with serious repercussions.

In late 2008, Liu and a handful of colleagues released a public letter criticizing the Chinese government.

Modeled on Czechoslovakia’s Charter 77, they called their letter Charter 08 and it gathered more than 12,000 signatures.

Two days before the Charter went live online, Liu was arrested and put on trial for inciting public unrest and sentenced to eleven more years in prison.

Liu’s closing statement in his defense simultaneously expressed acceptance of his fate and defiance of the Chinese system:

I look forward to [the day] when my country is a land with freedom of expression, where the speech of every citizen will be treated equally well; where different values, ideas, beliefs, and political views … can both compete with each other and peacefully coexist; where both majority and minority views will be equally guaranteed, and where the political views that differ from those currently in power, in particular, will be fully respected and protected; where all political views will spread out under the sun for people to choose from, where every citizen can state political views without fear, and where no one can under any circumstances suffer political persecution for voicing divergent political views. I hope that I will be the last victim of China’s endless literary inquisitions and that from now on no one will be incriminated because of speech.

In order to exercise the right to freedom of speech conferred by the Constitution, one should fulfill the social responsibility of a Chinese citizen. There is nothing criminal in anything I have done. [But] if charges are brought against me because of this, I have no complaints.

Thank you, everyone. (from Liu’s Nobel lecture in absentia)

Tagged as: charter 08, democracy, further reading    |    Tweet This   |     Like This
For the drafters of Charter 08, China's economic boom had only papered over the failure of political reform and a concomitant debasement of social values.
page 379

In 2010, Liu became the first Chinese citizen to win a Nobel Prize. Neither Liu, nor any of his family, were allowed to travel to Norway to accept the prize.

Liu is still in prison today, and the question of his long-term impact is open. Did China’s democracy movement fail in 1989, or will we look back on Liu as a harbinger of changes yet to come?

In contemplating the future, it is always important to remember that, despite all its rigidities and infirmities, the Chinese Communist Party has repeatedly surprised the world with its ability to change course and prevail, including its most recent feat of steering China into the twenty-first century as a nascent superpower. Indeed, in doing so, it has upended both Marxist orthodoxy and the common wisdom of Western experts about how countries develop and whether free markets have an intrinsic and necessary relationship with democracy. But these two streams of thought–one in search of wealth and power, the other reaching for democracy–may well yet converge in the future. And if they do, the voices of people such as Wei Jingsheng, Fang Lizhi, and Liu Xiaobo will doubtless become more important. Of course, when and how this might come to pass is still an unanswerable question. (Wealth and Power, page 384) 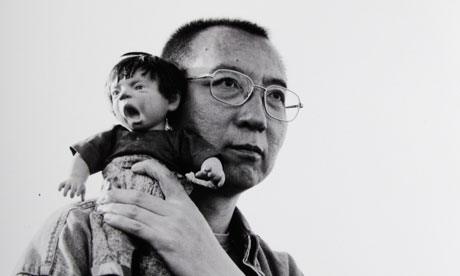