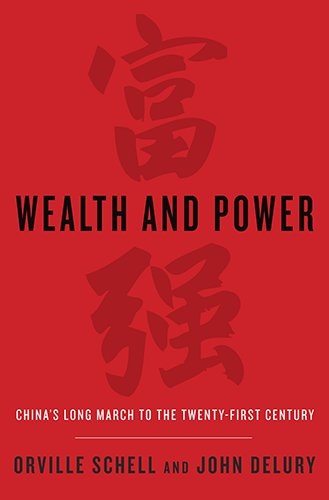 Wealth and Power: China’s Long March to the Twenty-First Century

Through a series of lively and absorbing portraits of iconic modern Chinese leaders and thinkers, two of today’s foremost specialists on China provide a panoramic narrative of this country’s rise to preeminence that is at once analytical and personal. How did a nation, after a long and painful period of dynastic decline, intellectual upheaval, foreign occupation, civil war, and revolution, manage to burst forth onto the world stage with such an impressive run of hyperdevelopment and wealth creation—culminating in the extraordinary dynamism of China today?

Wealth and Power answers this question by examining the lives of eleven influential officials, writers, activists, and leaders whose contributions helped create modern China. This fascinating survey begins in the lead-up to the first Opium War with Wei Yuan, the nineteenth-century scholar and reformer who was one of the first to urge China to borrow ideas from the West. It concludes in our time with human-rights advocate and Nobel Peace Prize laureate Liu Xiaobo, an outspoken opponent of single-party rule. Along the way, we meet such titans of Chinese history as the Empress Dowager Cixi, public intellectuals Feng Guifen, Liang Qichao, and Chen Duxiu, Nationalist stalwarts Sun Yat-sen and Chiang Kai-shek, and Communist Party leaders Mao Zedong, Deng Xiaoping, and Zhu Rongji.